Introduction to Investing
Home Financial Services Coinbase IPO debut – why was it dismal?

It was supposed to be one of the biggest IPOs in history. For some people, it should have become the biggest IPO ever. It might have been so, should Bitcoin have shot up. Then it possibly could have been the biggest. But it was not so. It’s interesting how Airbnb IPO’d last year in the middle of the pandemic, and is currently still holding the market’s leading position. They are ahead of the likes of Uber, Facebook, and others (both had a higher market cap than Coinbase).

Airbnb’s stocks literally shot up, as their original price was $68, and reached $144.71 on the debut day. This, as we can imagine, gave the company an impressive market cap – $86.5 billion – which was more than twice its proposed value from just a few days before. Why didn’t the same happen to Coinbase?

The reasons for such a disappointing IPO

As always, the tech firm’s IPO was highly anticipated, and the early investors were already celebrating future rewards. But we’ve already seen companies that weren’t so successful on the debut. Example? Facebook. Its initial valuation crashed more than 50% in a few months after IPO.

Zoom IPOd in 2019, and the company’s shares skyrocketed on their first day with the $15.9 billion market value. It exceeded previous valuations which claimed that it would be rather $9.2 billion. So, by all means, Zoom’s and Airbnb’s IPO debuts should be considered enormous successes.

But Uber for example also had a rather dismal debut. They had high hopes for a valuation exceeding $76 billion when in reality they reached the market cap of $69.7 billion on their first day.

Coinbase’s CEO, Brian Armstrong, sold $291.8 worth of shares only on the opening day of trading for the company. The same was done by the big part of his team. Why? We should remember that the team (including Armstrong) owns substantial amounts of Bitcoin. In this scenario, they were hoping for all the losses to be recapped quite easily.

Should we consider Coinbase as profitable?

Zoom’s IPO debut success was certainly helped by the firm’s profitability. Facebook was a big unknown, with a lot of people fearing for it. Uber wasn’t profitable at all. This observation could help us create some universal solutions, but there still is an anomaly of Airbnb.

Before they IPOd, the company actually did some ‘deep cuts’ just to be profitable prior to their debut day. But it should not be surprising, as we’d like to remind you that the company IPOd in December 2020, during the global pandemic. As we can imagine, lockdown and the virus spreading globally are not the best conditions for Airbnb’s business model. If anyone doesn’t know, they offer a platform that allows tourists to find accommodation offered by other users.

So this profitability criteria needs to be amended a bit with Coinbase. Of course, it’s really important (especially when running the business) to make profits. And in the first three months of 2021, Coinbase made a profit of around $800 million. In the whole of 2020, they earned $1.3 billion. They shouldn’t be considered broke, right?

How do we classify Coinbase?

Armstrong tried to determine, whether his company should be considered a finance or tech firm. He actually wrote a blog about his thoughts. He looked at the tech side, with specialized engineering and culture orbiting around the product. On the other hand, the company has the aspects of financial services. They have legal teams and robust compliance, they are also in constant touch with governments and local regulators. Their offices can also be found in the world’s biggest centres of finance, such as New York or London.

This was in 2018, and he came to the conclusion, that they are… neither of them. He defined it as something new, completely different – a crypto company. Maybe this uncertainty is the reason for a rather poor IPO debut?

To find a deep and throughout analysis of the problem, experts’ quotations, as well as some considerations about the future of Coinbase and Bitcoin, visit the fascinating, original Andy Samu’s piece published on the Disruption Banking page: https://disruptionbanking.com/2021/04/20/the-dismal-debut-ipo-of-coinbase/ 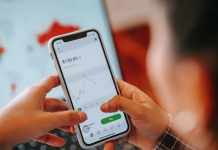 3 NFTs Worth Investing In Right Now 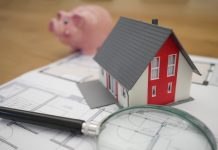 What do you think about investing in real estate? 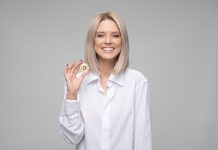 © Copyright 2021 - Introduction to Investing - All Rights Reserved
We use cookies to ensure that we give you the best experience on our website. If you continue to use this site we will assume that you are happy with it.OkPrivacy policy